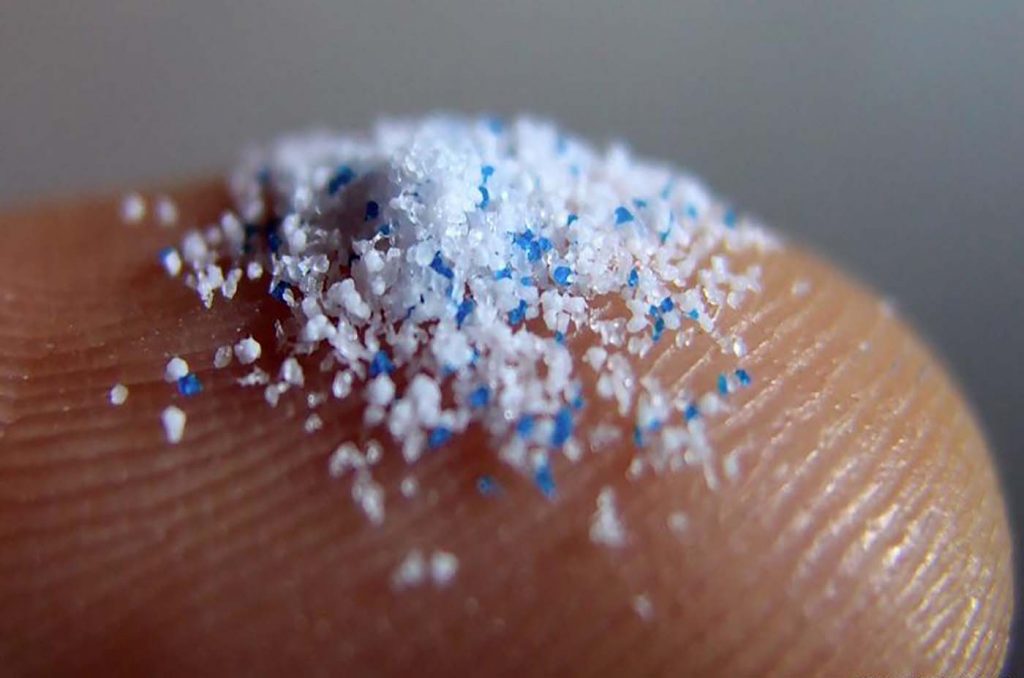 Plastic pollution has invaded the whole planet as we find more and more pieces of plastic in remote and yet protected places.

The plastic breaks up over time and wear to become small confetti a few millimeters wide, called microplastics. These microplastics break up into increasingly fine particles, until they only become nanoparticles which end up scattering in the earth, in rivers, rivers and oceans.

Microplastics are present in all environments

The main flow of wastewater is treated in treatment plants which remove more than 80% of the microplastics present. However, these plastics, which are not discharged into the natural environment, have not disappeared: they are concentrated in the treatment sludge which can be spread on agricultural soils.

Globally, research has estimated that 80% of plastic waste comes from land-based activities, discharged into the sea by rivers. The Laboratory for Water, Environment and Urban Systems carried out counts on the Seine estuary, estimating the global flow at 200 tonnes of plastic waste per year. They highlighted a specific behavior of the waste which makes many back and forth trips along the meanders of the Seine and runs aground on several occasions at the level of accumulation zones. The same method could be applied to other rivers which have different characteristics. 20,000 pieces of waste, from macro to microplastic, i.e. 4.4 kg, were collected in January 2019 on a single square meter on a bank of the Seine, 30 km from its mouth.

Contamination of the marine environment has led several laboratories to conduct research to characterize the impacts of such pollution. They show that the entire food chain is concerned, from microplankton to large predators, including molluscs. In the fragmented state, microplastics induce various disorders of breathing, nutrition and reproduction. They are also quickly colonized by processions of bacteria, viruses or fungi and are transported over long distances, thus becoming vectors of potentially pathogenic species. A major challenge for research is to study the impacts no longer on the scale of individuals, but on the scale of populations or even ecosystems.

Where does plastic waste in the oceans come from?

At sea, most of the waste comes from inland and is transported by winds, rains, as well as rivers to the ocean. During thunderstorms and heavy rains, the level of rivers rises and carries most of the waste present on the banks. Crossing agricultural, industrial or urban areas, rivers carry multiple elements (food packaging, cans, cigarette butts, etc.). The waste can also be abandoned on the beaches or at sea due to aquaculture, fishing and maritime transport activities.

You can also find the route of a plastic waste thrown into the ocean recounted by the Tara Expedition in the Mediterranean. Thus 80% of the plastics found at sea come from the mainland, the remaining 20% ​​come from fishing activities. Carried by ocean currents, plastic waste is present today in abundance in the Arctic Ocean thousands of kilometers from places of human activity. 200,000 tonnes of waste are currently being collected in five areas of the open sea. The size of these areas is so impressive that they are sometimes called “the continents of plastics”. For example, between California and Hawaii, one of these “continents” covers 3.5 million km², or 6 times France.

There is also plastic waste on earth, in protected areas, far from any human activity. For example, in the south of Spain, the plastics used to cover fruits and vegetables in the fields break up and fly away tens of kilometers. They are found in the Cabo de Gata natural park next to Almeria and at sea.

Waste is often difficult to recover

Today all the oceans are polluted by plastics of any size which are widely scattered and difficult to recover. Indeed there are not only large pieces of plastic that can be recovered. Microplastics or nanoplastics are very difficult to recover. A dumpster rental will be of no help to recover such tiny particles, indeed no realistic waste management method currently exists to solve this microplastic isue.

We are far from suspecting that when we wash our clothes, small particles detach from the polymers that make up synthetic fabrics and are discharged into the wastewater. These tiny pieces of plastic are not degraded in treatment plants and end up in rivers, rivers and then oceans.

The problem does not only affect the oceans, the National Center for Scientific Research is currently examining the presence of plastics in continental waters. For 3 years scientists will study the microplastics present in the river Garonne. Certain agricultural techniques are also responsible for the diffusion of microplastics in the soil. Over time the tarpaulins that sometimes cover crops break up into small, non-biodegradable pieces and penetrate the soil.

This is a a real threat to biodiversity and to human beings. Many insects feed on organic matter in the soil and therefore ingest plastic at the same time. This plastic can also be found in the fruits and vegetables we eat! The Surfrider Association estimates that 1 million birds and 100,000 mammals die each year trapped in plastic debris or after ingesting microplastics, which accumulate in their digestive systems. The plastic swallowed by fish is stored in their flesh and contaminates the entire food chain to humans.